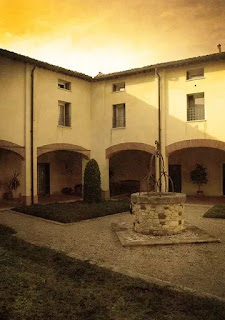 The “Mason” of the Temple

The “Mason” in the Middle Ages, was an important stopping place in the journey to the Holy Land. This “mansio” situated along the Roman road “Postumia”, in the XII century changed its name to “Mason del Tempio” (Abode of the Temple) because inside its premises the Knights Templar had come to settle.
The Order of Knights Templar was persecuted by king Philip the Fair of France, and was suppressed by Pope Clement V of Avignon in 1312.
In 1319 the Order of Knights of the Hospital of Saint John of Jerusalem (or the Knights Hospitallers, that later became the Knights of Malta) is known to have taken over the Mason.
For this reason, the Maltese cross is found on ancient documents and maps of the area, and we choose to use it in our logo." Read more here.
vid tangentbordet: The Hanssons

This sunday we spent on a mountain top. We walked through absolutely dreamlike olive groves and had an amazing late lunch at a farm Da Sagra... 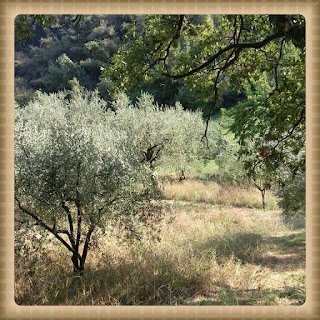 lives are like rivers, they go where they want to go, not always where we would like them to go